The Walk Through Hell 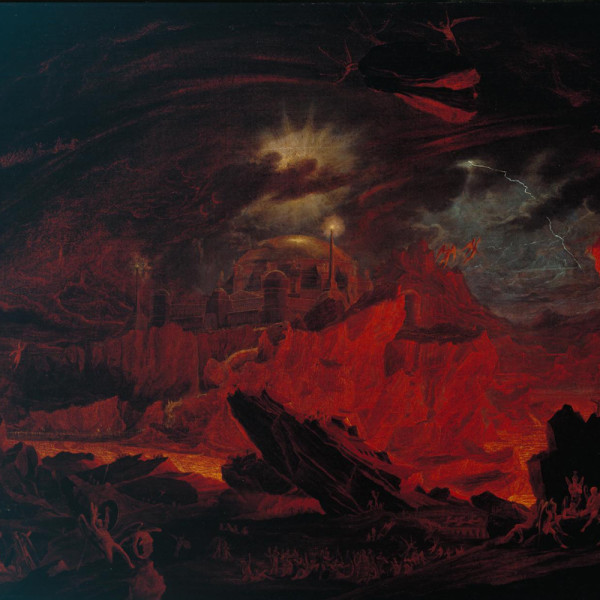 Two hours of dark, brooding, hellish music played by all of your rock ‘n’ roll friends who have traded their souls away for guitar skills in a Faustian nightmare. Perfect for your cruise across the River Styx (the band Styx will not be in the show).

27 different acts in this show, here is some information about some of them:

The Crazy World Of Arthur Brown:

Arthur Brown is best known for the chart topping hit Fire, in which he begins by proclaiming "I am the God of hellfire and I bring you...FIRE!", and his extravagant stage shows. Many photographs feature Brown sporting his flaming headgear (as seen here) which he wore for many of his concerts. The flaming hat idea was sparked from an earlier costume that included a soaked methanol colander which accidentally caught fire during the act. It was not unusual to see Brown in a metal suit, covered with sparklers or doused in lighter fluid. His antics have led to such consequences as having to prove that he had proper insurance before taking the stage, being kicked off of a tour with Jimi Hendrix and being arrested and subsequently deported from Italy. The band members splintered off into new bands including Love and Khan, effectively snuffing out The Crazy World Of Arthur Brown.

Webley, whose dark style has been compared to Nick Cave and Tom Waits, started as a street performer in Seattle, WA. In 1998, he quit his job to dedicate himself to full time busking. That same year he released his first album. Webley is a multi-instrumentalist and has employed accordion, glockenspiel, guitar, marimba and piano in his recordings. He has modified his Toyota Corolla to resemble a giant tomato, complete with green fiberglass stem. Against The Night, which Last Song is on, has been described by Webley as "the soundtrack to a subtle apocalypse," because or in spite of that, it remains his most popular album.