The Lost City Of The Monkey God 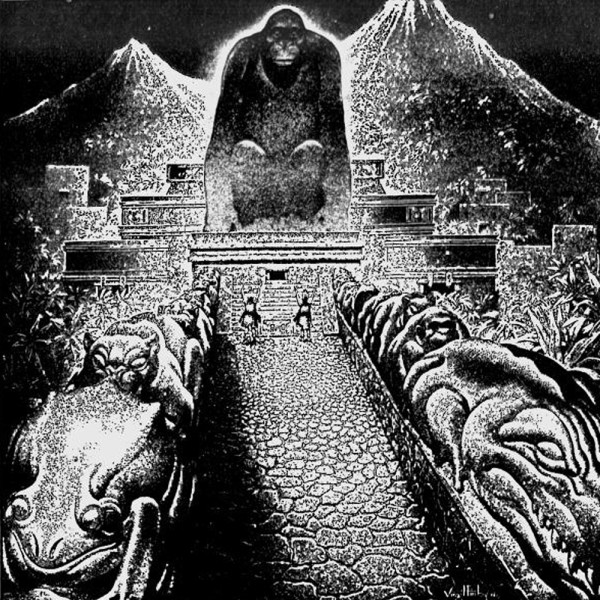 Two hours of sounds of the jungle and South America to listen to while traipsing through the overgrowth or bowing down to an ancient shrine of a giant ape.

The Brazilian-born Tim Maia was known widely for missing gigs, eating voraciously, having a rap sheet longer than his waist-line, and doing "triathlons"- which was what he called his tradition of consuming whiskey, cocaine, and marijuana before hitting the stage. But his unrelenting outspokenness and misconduct is easily overshadowed by his colossal talent. The second youngest of 19 children, Tim Maia, then known as Tião (Chee-ohw) began writing music at the age of eight and never stopped until his death in 1998. Heavily influenced by a 4 year stint in New York City when he was 17, Maia was both an importer and exporter of style, bringing together psychedelic rock, soul, funk, bossa nova, ballads, disco, and jazz; topped with his special sauce of highly emotive vocals. Maia's discovery of the book "Universo em Desencanto" or "Disenchanting Universe" published by the cult of Rational Culture, fueled his 1975 double album of devotion: "Tim Maia Racional, Vols. 1 & 2."

Elisabeth Waldo and Her Orchestra:

Waldo was one of the first to fill a recording studio with Pre-Columbian instruments. Encouraged by her friend, muralist and fellow Pre-Columbian music aficionado, Diego Rivera, Waldo began dedicating more of her career to this music and worked to teach others how to play it. Although she did study indigenous music, the compositions on her albums were her own thus her music was technically considered exotica rather than world music, despite the stigma of being ‘exotica’, a style usually found in places like Las Vegas, Waldo played in prestigious concert halls across the continent. Elisabeth Waldo is currently 100 years old.