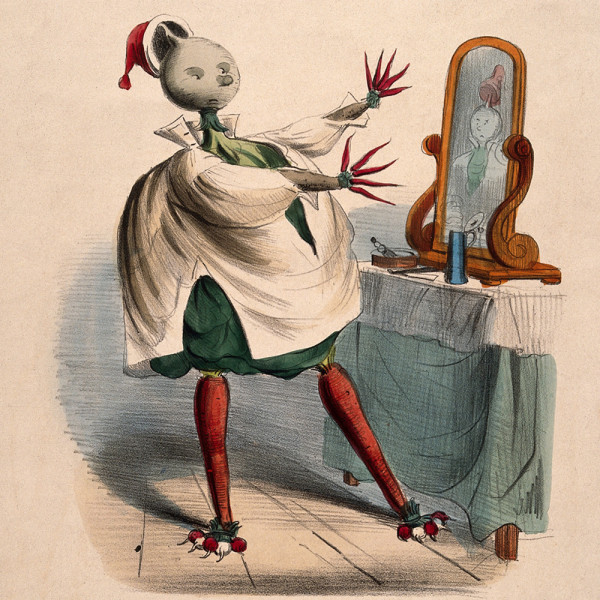 Detail - A Person Discovering That They Have Been Transformed Into Several Kinds Of Vegetables The Morning After Taking J. Morison's Vegetable Pills published by O Hodgson.
Image source

One hour of songs that deal with, and remind you of, your agonizing failures, gaffes and/or embarrassments followed by one hour of the sweet respite that is launching yourself out of the Earth’s orbit and into the endless expanse of space.

Originally from Arizona, Lee went to Hollywood to be an actress in the late forties. She had small roles in films and became a regular on several NBC shows such as The Great Gildersleeve and The Railroad Hour. She began singing in cabarets around the country in the mid-fifties, before being called back to Hollywood to record her first folk album. Afterwards she released two records spoofing the recent popularity of psycho-therapy. At this time, Lee became increasingly interested in the Colorado River and Glen Canyon. She was an activist for the environment, she was particularly opposed the construction of the Glen Canyon Dam and documented, wrote on and sang about it. For her work she was deemed "the Desert Goddess of Glen Canyon”.  Katie Lee was also an accomplished writer, having written "Ten Thousand Goddam Cattle: A History of the American Cowboy in Song, Story and Verse", which included her research into the roots of traditional cowboy songs.

Ramases was originally known as Kimberley Barrington Frost until one day he was driving and the Egyptian Pharaoh Ramesses II, in some works the Pharaoh presiding during the Exodus, came to him. Rather than asking him what a car was, he informed Frost that he was his reincarnation and that he needed to carry on his message through music. And that he did. With his wife, now known as Selket after the Egyptian goddess, he released some unsuccessful singles, before recording his first studio album. In 1971, he released “Space Hymns” with a backing band composed by the musicians who would soon become 10cc.