How Would You Like To Get Higher Than You've Ever Been In Your Life? 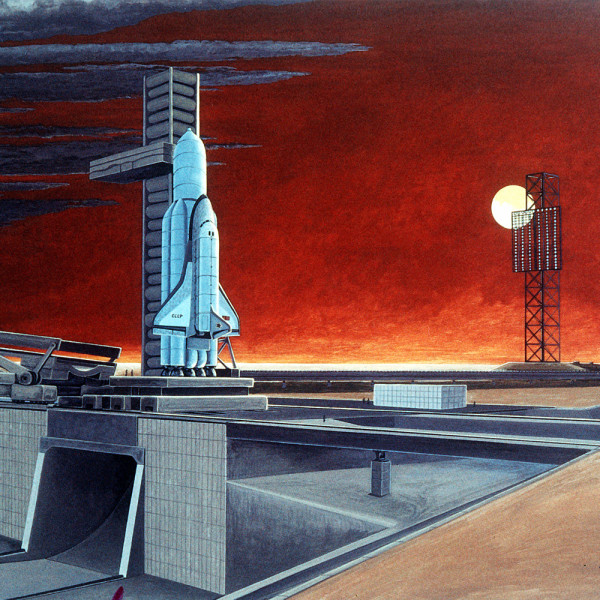 Two hours of gravity-defying, out of this world moon tunes to rock your world, whatever one that may be.

Hillage was an important figure in the Canterbury Scene and seemingly was involved with just about every big act associated with it. His first band was the psych/blues band Uriel, which eventually broke up with some of the group forming the prog band Egg. While still in college, Hillage became friends with members of Caravan and Spirogyra and had opportunities to jam with them. In 1971, Hillage formed Khan with Nick Greenwood of Crazy World of Arthur Brown and Pip Pyle, who went on to join Gong and Hatfield and the North. Hillage worked with Kevin Ayers playing on his Bananamour and by being part of his live band Decadence. After meeting Daevid Allen, Steve Hillage joined Gong to create the band’s classic lineup. Light In The Sky was also the theme song for the TV show The Sunday Night Project. A critic has called his album Motivation Radio "light side of the moon"

Carpenters used a crew of 160 musicians to record the songs on their album Passage, released in 1977. As Carpenters were losing popularity, Richard Carpenter was taking too many sleeping pills and the band was finding it harder to get a big record label to make their next record, Carpenters released an album considerably different from their previous output. Passage includes an 8 minute piece from Evita, the calypso number Man Smart, Woman Smarter and of course Calling Occupants Of Interplanetary Craft (The Recognized Anthem Of World Contact Day). I recently bought this record for a whole dollar, knowing it as that later days Carpenters album that no one talks about. When this song came on I was floored, baffled and had no idea what I was listening to and knew I immediately had to share it wide and far. I quickly researched it, found out it was originally performed by a band called Klaatu and did surprisingly well in sales. It reached number 32 on the US Billboard charts, number 9 on both the Canadian and UK charts and a staggering number 1 on the Irish charts. Once you hear this you will wonder how you missed it all these years, or maybe you won’t.

"How doth the hero strong and brave, a celestial path in the heavens pave." - Lisa Simpson