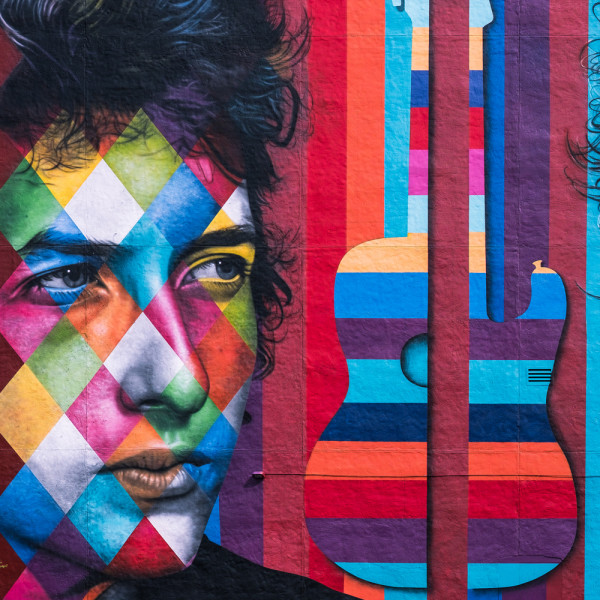 Two hours of musicians covering, singing about or mocking the voice of a generation. Half the show consists of songs where musicians either do their best impressions of Bobby Dylan or sing about his cultural significance/the time he told them their poetry sucked, and the other half is covers of tunes penned by Dylan. Despite the show revolving around Bob Dylan, his trademark singing voice is not heard in the episode, whether you consider that a cause for celebration or not.

In the late fifties Baez's began performing around Boston and Cambridge. Her first show was at Club 47, she was paid ten dollars and the entire audience of 8 consisted of her family and friends, despite this she was asked back. She was invited to the Newport Folk Festival in 1959 and her performance left such an impression that she was signed to Vanguard Records. Baez soon became one of the faces of the American roots revival and had a successful career in the folk and activism scenes before branching out into other musical genres. The "Queen of Folk" met Dylan in Greenwich Village in 1961, but wasn't interested in what she saw as an urban hillbilly. However, they developed a relationship the nature of which these Baez songs may be able to shine a light on.

The Farina's "Morgan The Pirate" criticizes the titular Morgan who is of course Bob Dylan. Couple Richard & Mimi Fariña along with Mimi's sister Joan Baez were friends with fellow folk singer Bob Dylan in the 60's. This included Bob Dylan's rise to stardom that would eclipse that of the Fariña's and surpass that of the already established Joan Baez. New opportunities were open to Bob that weren't open to the others, Fariña was serious about being an author but was having a lot of difficulty securing a publisher while Dylan's manager inked a deal before a book was even started, the book would become the incoherent "Tarantula". Envy for Bob Dylan's success was compounded with Dylan generally being a jerk to all of his friends, especially Baez. Richard Fariña and Mimi Baez met each other while in Europe, Fariña divorced his first wife, folksinger Carolyn Hester, and married Mimi the next year with Thomas Pynchon as his best man. Richard did get his novel "Been Down So Long It Looks Like Up to Me" published, but died in a motorcycle accident two days later. Mimi went on to found Bread and Roses.