The Wonderful World Of The Industrial Musical 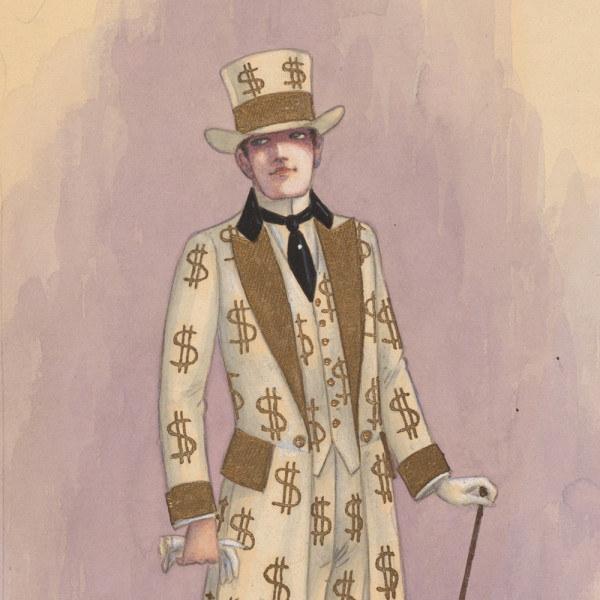 Two hours of the greatest radio you could ever ask to hear, which means only songs from industrial musicals.

In a time of US history when domestic manufacturing was at its zenith, companies making these fine products for consumers all over the world treated themselves and their employees with shows revolving around the products they sold and the shared experiences within their businesses. The performances, sometimes as elaborate and expensive as Broadway productions, hired songwriters to create musicals to showcase their products (whether it be soda, silicone, mouth wash or paper cups), highlight a new focus or strategy or boost employee morale which sometimes culminated in a full length spectacle that included talent that would go on to stardom. Bob Fosse, Chita Rivera, Martin Short, Florence Henderson, Sheldon Harnick, Jerry Bock, John Kander and Fred Ebb, among others all took a turn in the industrial circuit before making it big on the stage and screen. These shows were private affairs and the public has only recently been able to delight in this forgotten genre through the surfacing of rare souvenir records issued to salesmen and shareholders so they could relive that great time they had. Tracking down these elusive recordings has become the life goal of at least a handful of enlightened collectors.

27 different shows in this show, here is some information about some of them:

The Bathrooms Are Coming!:

Cult favorite and perhaps the greatest industrial musical (and maybe even the greatest musical period), The Bathrooms Are Coming! combines the glamour of Broadway theatrics with bathroom fixtures manufactured by American Standard. The story is as bizarre and delightful as the title promises. The Greek goddess Femma is enlisted by a group of modern women to usher in a bathroom revolution as explained in the first song "It's Revolution" which includes the immortal lines 'She's free, she's free/ from bathroom oppression she's free'. "My Bathroom" is an ode to what is seemingly boasted as the best room in the house, "Look At The Tub" is a lament from woman who has had enough with cramped, dangerous and overall substandard tubs, "Spectra 70" introduces the world to the endless features of this new shower including a shelf for cigarettes and martinis, which may or may not be a joke, I honestly don't know. Even harder to come by than the music is video of the performance, which could explain the interesting imagery adorning the record sleeve, such as caveman interacting with toilet, a hillbilly with a jug of moonshine and the flippantly blasphemous depiction of a monk in front of an outhouse door with 'John' written on it next to similar doors with the names of other saints.

Listerine Antiseptic Presents The Name Of The Game:

This 1964 musical is one of the more meta of its genre. The cast begins the show by questioning the decision to even present a musical about a topic as different as Listerine Antiseptic, but luckily they decide to proceed despite their reservations. This show was presented to grocery and drugstore distributors in an effort to convince them that Listerine is the only mouthwash worth stocking. The show features some notable names such as future host of Good Morning America, David Hartman, and M*A*S*H's "Hot Lips" Houlihan, Loretta Swit. Swit sings "I Hate Listerine" a tale of a stock clerk's frustration with the product due to the frequency at which it has to be restocked due to the fact that Listerine is simply flying off the shelves. The song cleverly allows the singer to go into descriptive detail about the product under the guise of an harangue. This show is the first industrial musical I have found via crate digging. I was able to acquire this gem at a local thrift store for a mere two dollars, clearly besting any previous notable find of mine.

My favorite production. This short record of only 5 tunes is all about Prime-Wrap, basically a butcher grade meat storage plastic wrap made by Goodyear. "Itsy Bitsy Teenie Weenie Yellow Polka Dot Bikini" writer Lee Pockriss composed this masterpiece, and who could expect any less. Closer "Welcome To Schultz's Market" allows each member of the five person cast to assume the role of a meat, including Rex Roast and Charlene Chicken. This four minute crazy pork chop opus contains bizarre digs at French president Charles De Gaulle, why did the chicken cross the road? humor, and an excruciating long build up to a home on the range punch line.

This Life Magazine musical was performed for an audience of potential advertisers which may explain the exhaustive effort to wedge market research statistics into many of the songs. It is hard to say which is the stand out track (not in terms of quality, but in concept) it may be 'Rocky On The Rocks', which New York governor Nelson Rockefeller raising taxes on liquor and fees for car registrations presented as a tongue twister, or maybe "Guantanamo" one of the songs with references to recent events Life had the privilege of covering, this time the ill-fated Bay of Pigs invasion.

Got To Investigate Silicones:

Written for General Electric's Silicone Products Department, this 1973 show attempts to rhyme all 1,200 purported uses for silicone. Throughout the performances, the performers are able to try out different genres. The introduction to the show has the cast deciding on a format for their silicone vehicle, notably including a parody of "Fiddler On The Roof" that goes: 'If I were a silicone', later the show features a skit in the form of a police procedural for some reason. In 'Sand' Joy Garrett, originator of the role Jo Johnson on "Days Of Our Lives", sings a solo about silicone's most important ingredient.