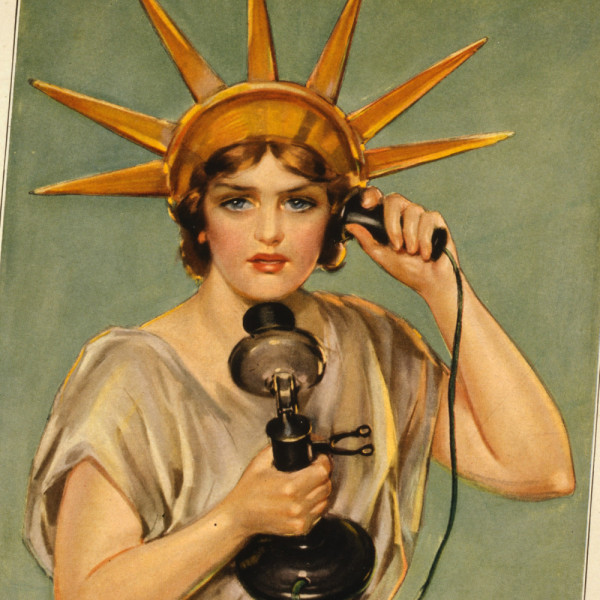 Hello! This Is Liberty Speaking - Billions Of Dollars Are Needed And Needed Now by Z.P. Nikolaki, 1918.
Image source

Two hours of music filled with the same sentiments that led to our nation's founding. Songs of overall discontent and ultimately striving to be better whether the issues be political, economic or social.

Markley was a founding member of the psychedelic The West Coast Pop Art Experimental Band, which can mostly be attributed to his vast wealth. He was born the son of an oil tycoon in Tulsa, but soon moved to California where he began a music career. He released several singles, but they did not prove commercially successful. He hosted a concert featuring The Yardbirds at his mansion after the acts failed to find a different venue, he was impressed by the crowds that were drawn and asked to join up with another band playing called Laughing Wind. The group members reluctantly agreed to let Markley start a new band with them after he offered to fund them and The West Coast Pop Art Experimental Band was born. He gained notoriety as he used his legal prowess to take control of the band and claim authorship of songs he had nothing to do with which happened to be most of them. The sixth and final album was released under the banner of Markley a Group at the behest of Markley. He is best remember today for his contributions to the aforementioned band and his run ins with the law which you can explore on your own.

I am a truthful man,
From the land of the palm.
Before dying, I want to
share these poems of my soul.
Guantanamera, guajira Guantanamera

I cultivate a white rose
In June and in January
For the sincere friend
Who gives me his hand.
Guantanamera, guajira Guantanamera

And for the cruel one who would tear out
This heart with which I live.
I cultivate neither thistles nor nettles
I cultivate a white rose.
Guantanamera, guajira Guantanamera

With the poor people of this earth,
I want to share my lot.
The little streams of the mountains
Please me more than the sea.
Guantanamera, guajira Guantanamera