A Draught Of Entwash To Make You Taller 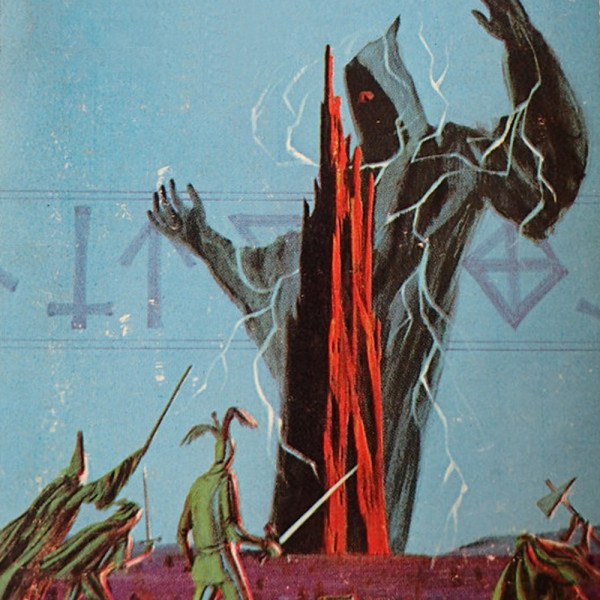 The Lord of the Rings 3 - Return of the King published by Ace Books, 1965.
Image source

Two hours of music inspired by the works of J.R.R. Tolkien. From Bilbo Baggin's unexpected journey in The Hobbit to the Fellowship's nutso cuckoo trip to Mount Doom in The Lord Of The Rings. Songwriters are all over when they choose to pick out pieces of Tolkien lore for their tunes, some recount the entire adventures of Bilbo or the Fellowship in 3 minutes, others vaguely describe a character or place, some make such slight references and then mix it with decidedly non-Middle-Earth stuff that it is hard to determine if it is much of a Tolkien song at all and then there are ones that just repeat "three rings for the Elven kings" over and over. J.R.R. Tolkien himself seemed quite happy to inspire composers, even if he didn't care for the hippie movement or this kind of music.

Besides all that other stuff, Led Zeppelin is best remembered for their lyrics referencing Tolkien's The Hobbit and The Lord Of The Rings. Although the band's first record foolishly contained zero Tolkien references, that changed when Robert Plant began writing lyrics for the group on their second release in 1969, aptly titled 'Led Zeppelin II'. “Ramble On” features lyrics vaguely reminiscent of Frodo Baggins' quest in The Fellowship of The Ring, before outwardly name-checking both Gollum and Mordor. On Led Zeppelin's fourth album, Plant produced twice as many The Lord Of The Rings songs as before. "Misty Mountain Hop" uses The Hobbit to explore mind-expanding drugs and “The Battle Of Evermore”, which combines Middle-Earth and normal Earth's war histories. Evermore features Jimmy Page on mandolin, an instrument he had never played before, it also features the vocals of Fairport Convention's Sandy Denny, this marked the only time Led Zeppelin used a guest vocalist. If writing three of his band's biggest songs wasn't enough to pay homage to Tolkien, Robert Plant also named his dog Strider.