Join Me In Yon Forest 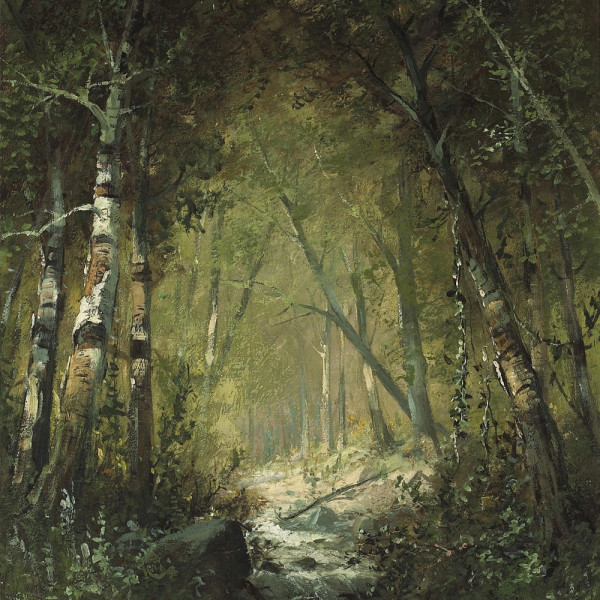 In the White Mountains by Frederick Ferdinand Schafer
Image source

Two hours of folky tunes from the forest. Wander off into the deep dark of the wood, push aside the brush and crush the berries 'neath your feet, find where the natural spring springs and the whispering pines whisper, clearly reach the clearing and hear the distant sound of acoustic guitar and the, at once both enticing and eerie, flute. And then at this point some woodland creatures come out and dance in a circle holding hands to the sound of a fiddle or you get murdered. Enjoy the sylvan splendor.

The Irish folk band Trees formed in 1969 and stayed together into 1972, producing two albums. Half of the groups material were traditional folk tunes, while the rest were written by bassist and keyboardist Bias Boshell to sound like they were traditional Irish folk songs. Had a resurgence after Gnarls Barkley sampled the Trees song "Geordie" in their song St. Elsewhere.