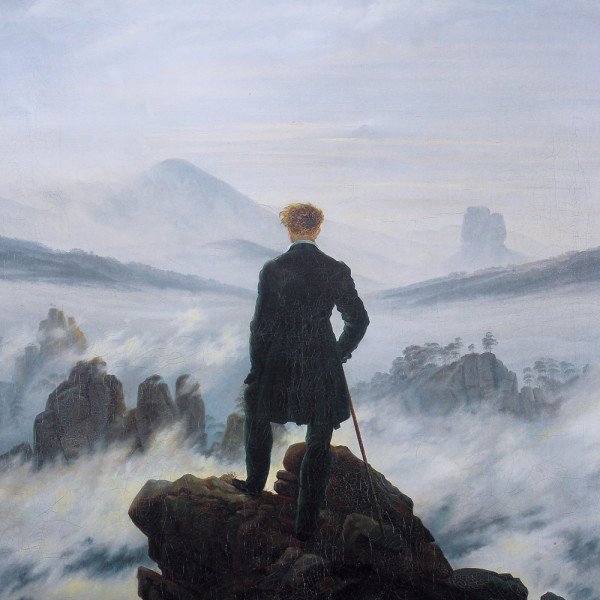 The Wanderer Above The Sea Of Fog by Caspar David Friedrich, c. 1817
Image source

Two hours of music for vagabonds. Wayfarers, drifters, truckers, hitchhikers, wanderers rejoice for this playlist kicks up the dust of the dusty open road and send you speeding far from your past and zooming back into the outstretched arms of home. Take comfort in being where no one knows your name and no one knows your face, but also in the places that everyone does.

"30,000 Pounds Of Bananas" was inspired by a real event where a trucker was indeed hauling 30,000 pounds of bananas from Weehawken, New Jersey to Scranton, Pennsylvania when the clutch reportedly failed and the truck hit 90 miles per hour before crashing. Harry Chapin wrote several alternative endings, some of which he performed live including a punch line of 'Yes! We Have No Bananas' in Scranton P.A., one of a grieving mother that chooses to never eat bananas again, or one that somehow includes a monologue about Donny and Marie Osmond, a Chiquita Banana commercial done in the style of Jimmy Buffett and a disco version of 'Taxi'. This song was overshadowed by another song on the album, Chapin's only number one hit "Cat's in the Cradle", which is unfortunately banana-less.