I speak with Orly Yadin, the Executive Director of the Vermont International Film Festival, and Mary Albee, an Audiovisual Archivist and a coordinator of Home Movie Day Vermont. We're talking about the festival, the power of making films and bringing people together, and how we can preserve those stories, for generations to come.

MORE ABOUT THE GUESTS:

Orly Yadin is the Executive Director of VTIFF since Jan 2012, and is a filmmaker and producer of both documentaries and animation films and series. Prior to making films, she was a film researcher on historical programs and in 2001 she founded Footage Farm – an archival footage collection based in London with international clients.  Orly has also taught documentary film history and theory in universities in England and at Burlington College.  In 1995 she co-founded and ran Halo Productions specializing in animation films. Many of Halo’s short films won international awards at festivals, and one, Silence, was short-listed for the Academy Awards.  A Vermont resident since 2004 and a US citizen since 2010.

Mary Albee is an Audiovisual Archivist based in Vermont. She has completed internships at the UVM Archives & Special Collections and at Northeast Historic Film in Maine. She currently works as a Project Archivist for Vermont PBS and as a Cataloguer for the Vermont Archive Movie Project, a program of VTIFF. In December, she will complete a Masters degree in Library & Information Science, with an Archives Management concentration, from Simmons University. 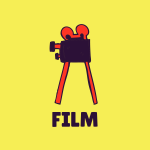