Best of The Quiet Storm

“The Quiet Storm” includes two highlight features: “The Smooth Jazz Featured Artist of the Week” — which, as its name implies, is a set of three songs by a featured Smooth Jazz artist — and “The Way-Back Machine,” a set of three classic “old-school” Soul, Funk and R&B tunes from the 1960s to the 1980s.

Broadcasting in the Barre/Montpelier area since 1998 on WGDR-FM -- the community radio station at Goddard College in Plainfield -- and syndicated to 20 public and community radio stations nationwide since 2015 via the Pacifica Radio Network, "The Quiet Storm" has been entertaining listeners in Burlington on WBTV-LP since November 2017. The show's expansion into Burlington is the fulfillment of a more than decade-long dream of host Skeeter Sanders -- a New York City native who's lived in the Greater Burlington area for nearly 25 years -- to broadcast his show closer to his adopted home. 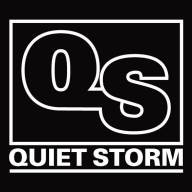